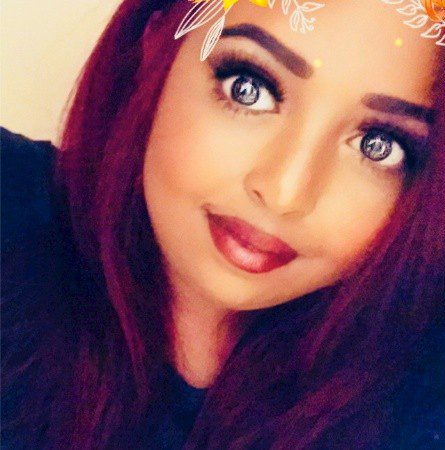 Nadia joined Project Empower on December 2018. She is the Sub-Team leader for the Public Legal Education Division. Nadia studied Drama, Applied Theatre and Education at the Royal Central School of Speech and Drama.Nadia is in charge of creating all workshops which explore a variety of topics such as Street Law, Rights at a Police Station, Equality and Discrimination as well as Sexual Consent. She is also in charge of training all our volunteer facilitators ensuring all sessions are delivered at high standard. Nadia also supervises all workshops that Project: Empower delivers and is determined to make the Project the first organisation to infuse law and creative education in order to empower young people and achieve social justice.

Nadia believes within society there are barriers restrict us from achieving social justice as a community. Nonetheless, as an BAME woman living in London, Nadia has overcome challenging life experiences as being a care leaver. She believes without dialogue and solidarity between sections of society, achieving political and social change will be impossible. This is why Nadia joined Project: Empower. She firmly believes that Project: Empower has given her a platform to highlight and actively address current issues we are facing as a society.

Outside the project, Nadia is currently working alongside with the Drive Forward Foundation as a Policy Ambassador in order to reform and challenge policies involving young people in the care system. She uses her position to advocate on behalf of care experienced young people, so that MPs, Government Ministers and the CPS devise and implement policy that takes into account the needs of care leavers. Nadia will also be joining the Civil service this April as an Executive Officer within the care leavers policy team at the Department of work and pension (DWP). Previously, Nadia has worked on a multitude of community projects, for example, the Lewisham Youth Theatre and Fitzrovia Youth in Action. She worked closely with support workers in order to provide rehabilitation services to vulnerable young people suffering from mental health issues. She devised and delivered a series of life skill workshops, employability and emotional management workshops which helped support them on their transition back into education and employment. 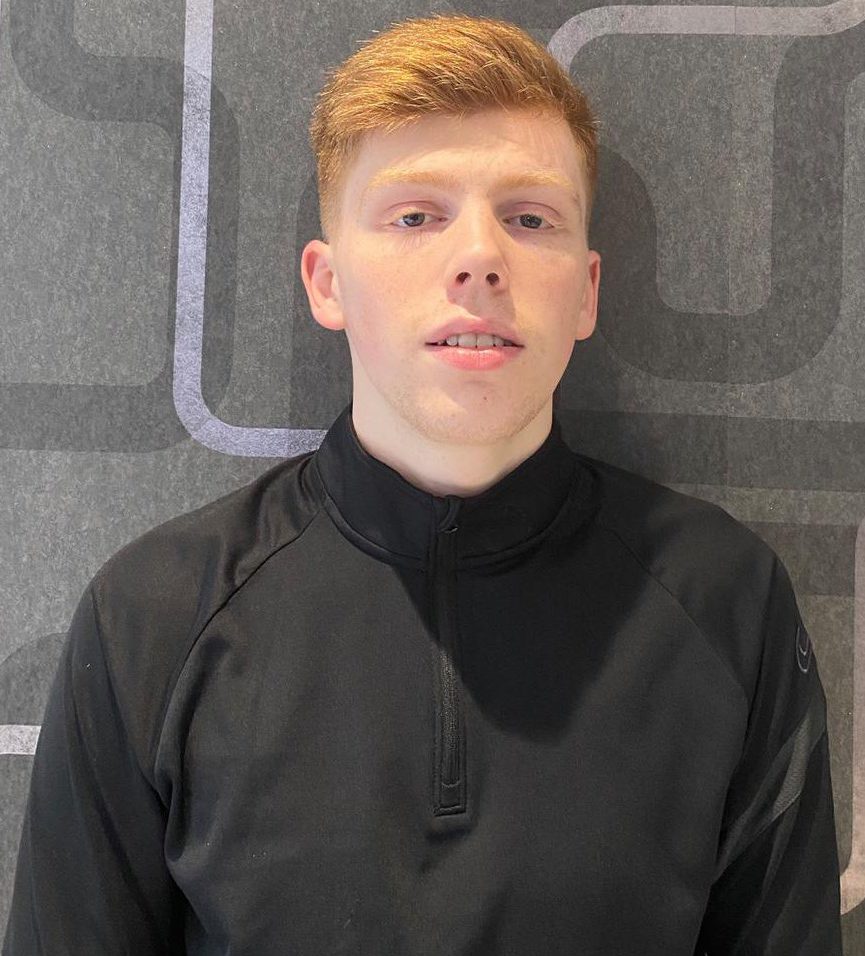 Paris is the Head of Advertising at Project: Empower. He studied Creative Advertising at the University of the Arts London, graduating with an Upper Second-Class Honours degree. He is currently in the initial stages of starting his own advertising business.

At Project: Empower Paris helps with creative ideas, and the strategic positioning aimed to take the social enterprise forward in a boisterous environment. As an aspiring creative, Paris’ ambition is to create compelling cut-through communications for Project: Empower. This will enable the social enterprise to acquire the resources and capabilities to make a difference in the lives of disadvantaged people.

Creativity and advertisement have been a great passion from an early age. Paris successfully acquired an internship at the age of 15 at ‘The Bank’ – a highly reputable advertising agency based in London- where he worked in high-value accounts such as Peroni Nastro Azzurro.  Outside of university, Paris is
highly relied upon due to his expertise to create promotional content for upcoming, scalable brands like
Roasting Plant coffee. He also produces work for clients such as Estrella Damm and collectively the malt drinks like Supermalt and Vitamalt. Paris hopes to use these skillsets to achieve Project: Empower’s vision: to create fair and equal society in which all are treated with respect and dignity. 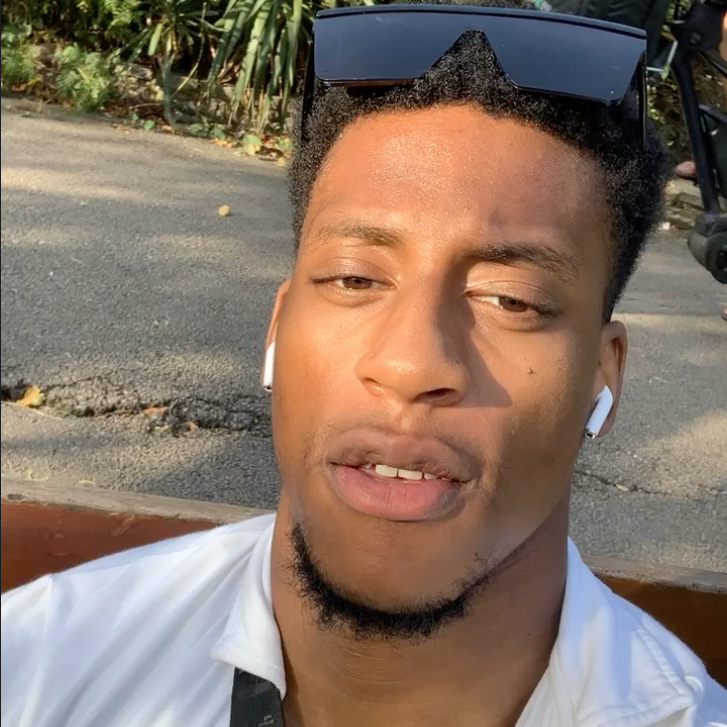 D’André joined Project: Empower in December 2018. He is the manager of the IT Division. D’André attained 9 A’s – C’s in GCSE in 2013, went on to study BTEC ICT Level 3 at City of Westminster College, picking up a D*D*D grade (16 Distinctions and 2 Passes), then went on to successfully pass a City & Guilds Apprenticeship in Software Development.

He currently works full time as a Junior Web Developer in Central London, while proactively working in event-based jobs, mainly at Wembley Stadium.

He firmly believes access to legal education for vulnerable communities is a wider route out of poverty.

D’André is in charge of Empower’s online presence, including developing and maintaining Empower’s website. With over two years worth of commercial experience in Web Development, D’André brings important IT knowledge to the project, making sure we are always ahead of the technological curve.

“Black Excellence” is something D’André heavily favours, he believes that the achievements made by people of colour should be strongly celebrated, which is one of the reasons why he joined Project: Empower. By supporting a unique charity project that focuses on making sure people of Ethnic minorities get the legal support they need, he’d be part of a stereotype-breaking group that gets recognised for all the right reasons – and giving something for all the newspapers to talk about. 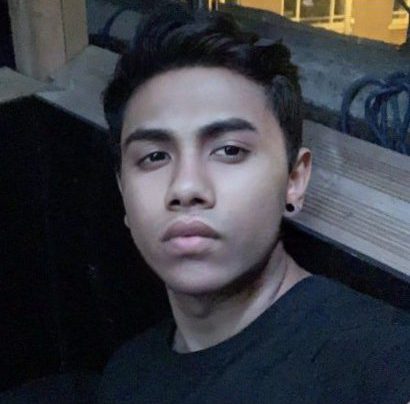 Mozes is the Founder of Project: Empower. He established the project as a response to the June 2017 Grenfell Tower fire which caused an unprecedented need for legal services.

I firmly believe the measure of our compassion lies not only in our services of those on the margins, but in our willingness to see ourselves in kinship with them.

At Project: Empower, Mozes is responsible for overseeing the work of the Employment Division, Public Legal Education Division, the Criminal Defence Division and ensuring that the project complies with regulatory requirements. In his spare time, Mozes sits as Chair of the Centrepoint Parliament, runs various Grenfell outreach projects, holds fundraisers with local businesses to support North Kensington Law Centre, volunteers for the Westminster Student Law Clinic and the British Heart Foundation.

Mozes has an ambitious plan for Project: Empower to turn into a charity offering legal advice, casework and representation to individuals and groups . The goal is to recruit four practising lawyers, specialising in a variety of social welfare law such as Employment, Housing, Welfare Benefits and Immigration and Asylum to be Trustees. The goal is for Project: Empower to become an established charity pioneering community-based legal services which promote rights and equality of opportunity. This will be achieved by taking a unique holistic approach of combining both advice and legal education. Mozes wants Project: Empower to hold power structures to account, while tackling sensitive issues such as trafficking and employment issues concerning migrant domestic workers.

This website uses cookies to improve your experience while you navigate through the website. Out of these, the cookies that are categorized as necessary are stored on your browser as they are essential for the working of basic functionalities of the website. We also use third-party cookies that help us analyze and understand how you use this website. These cookies will be stored in your browser only with your consent. You also have the option to opt-out of these cookies. But opting out of some of these cookies may affect your browsing experience.
Necessary Always Enabled

Any cookies that may not be particularly necessary for the website to function and is used specifically to collect user personal data via analytics, ads, other embedded contents are termed as non-necessary cookies. It is mandatory to procure user consent prior to running these cookies on your website.

Our IT person is still busy tinkering about with code, making sure the site is up to scratch.

Although Project: Empower already up and running, our website isn't quite finished yet.

But when it is, expect a revolutionary new chapter to our small, but growing charity project.

Thank you for your patience and understanding.